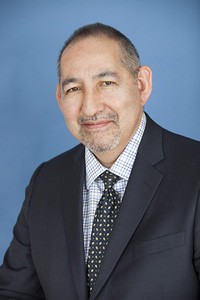 Mr. Efren Compeán was born in Whittier, California. He attended UCLA, where he earned a bachelor’s degree in philosophy in 1982. In 1985, he earned his juris doctor degree from the UCLA School of Law.  He was admitted to the State Bar of California in 1985 and is also admitted to practice before the United States District Courts for the Central and Eastern Districts of California, and the Ninth Circuit Court of Appeals.

Mr. Compeán has over 28 years of broad based experience as a litigator and appellate advocate.  His practice focuses on complex business litigation, accountants’ liability, employment litigation, class actions, and appeals.  He has litigated hundreds of matters involving a variety of issues, including accountants’ liability and legal malpractice, securities litigation, wage and hour class actions, employment discrimination and harassment, wrongful termination, unfair competition, business torts, shareholder and partnership disputes, product liability and product warranties, and real estate transactions. He has successfully resolved numerous cases in favor of clients through trial and dispositive motions. Mr. Compeán has also briefed and argued numerous appeals in both state and federal appellate courts. Several of these cases have resulted in important decisions on issues such as the scope of an accountant’s duties to limited partners, the application of res judicata following the arbitration of disputes, and the priority of liens between competing lenders.