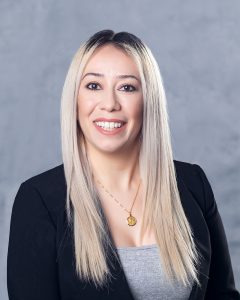 Ani Grigoryan is an associate attorney in the Pasadena office of Garrett & Tully with practice areas in title insurance and real estate litigation. Ms. Grigoryan graduated from the University of California Los Angeles with a bachelor’s degree in Evolutionary Biology and received her Juris Doctor from University of West Los Angeles. While in law school, Ms. Grigoryan worked full time at a civil litigation firm where she gained first-hand experience in all aspects of litigation.

Ms. Grigoryan is admitted to practice in California and before the United States District Court for the Central and Eastern District of California.